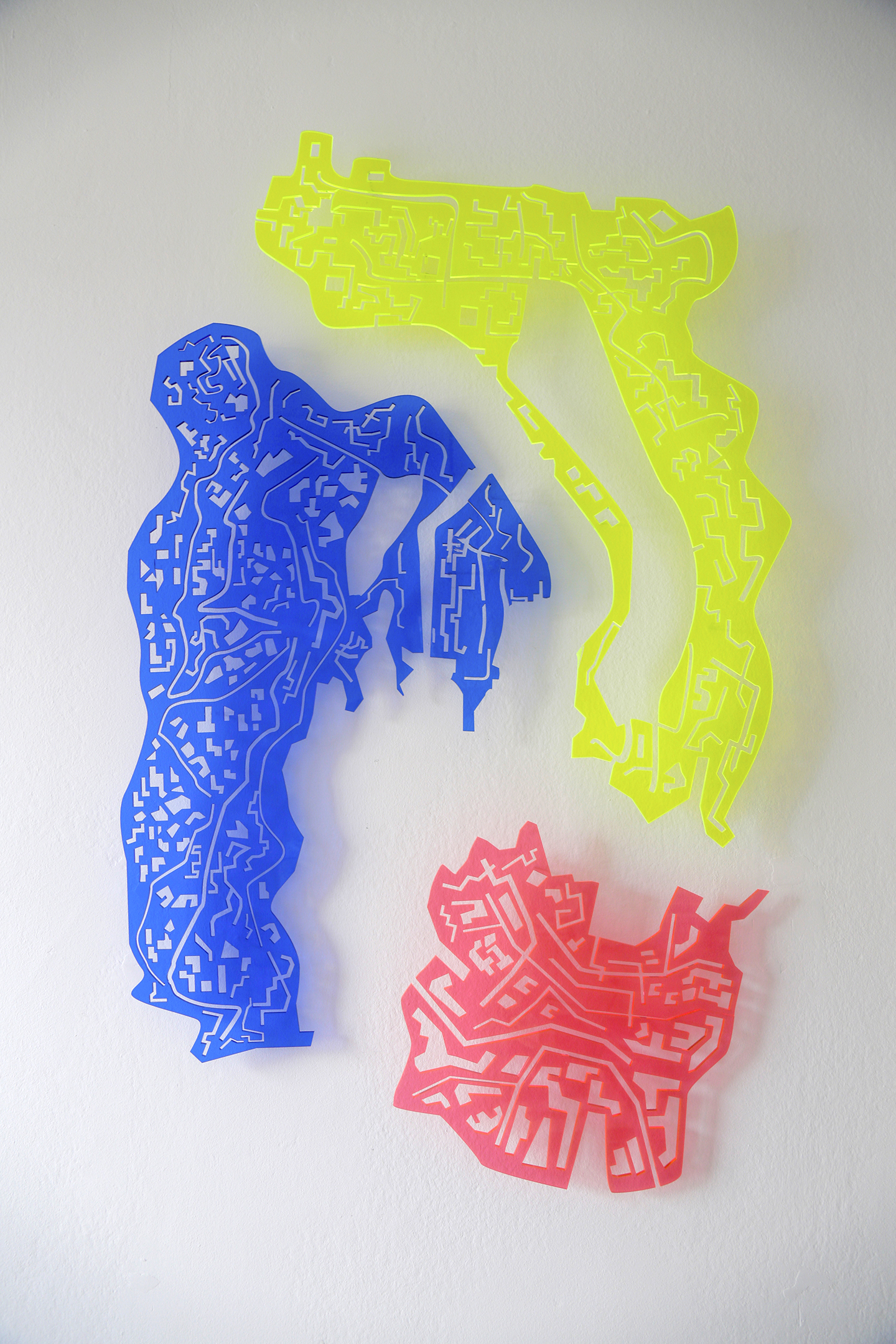 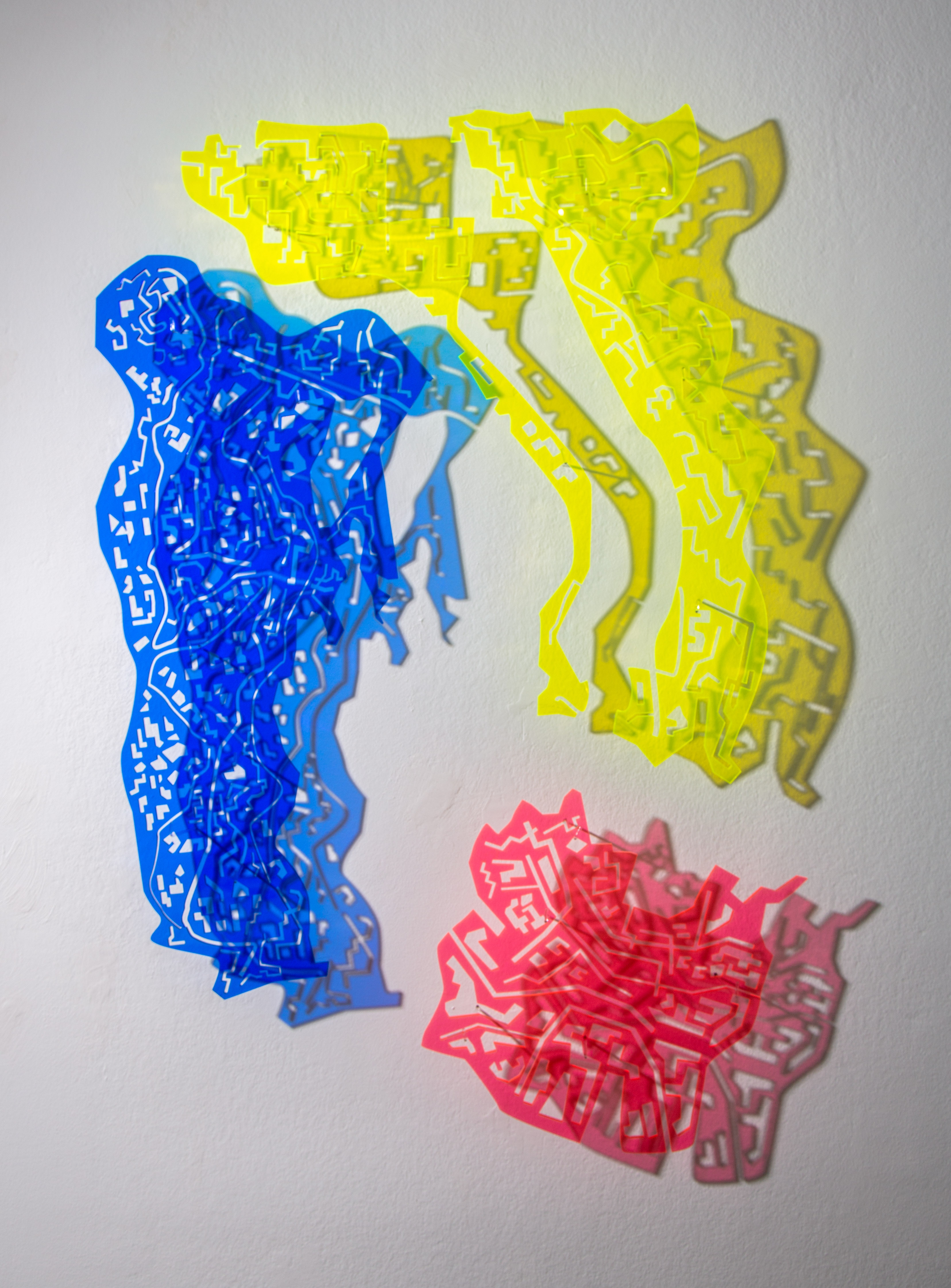 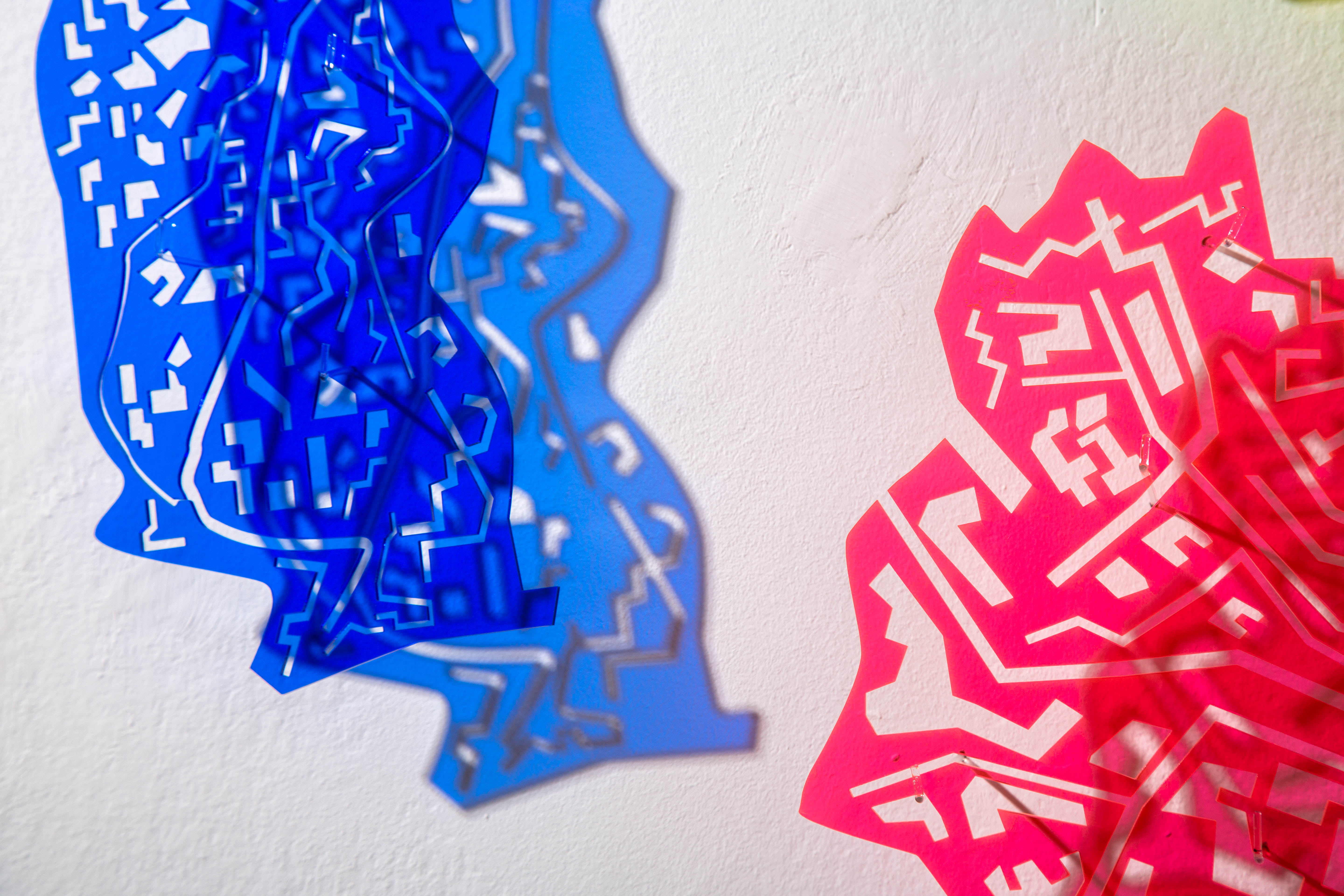 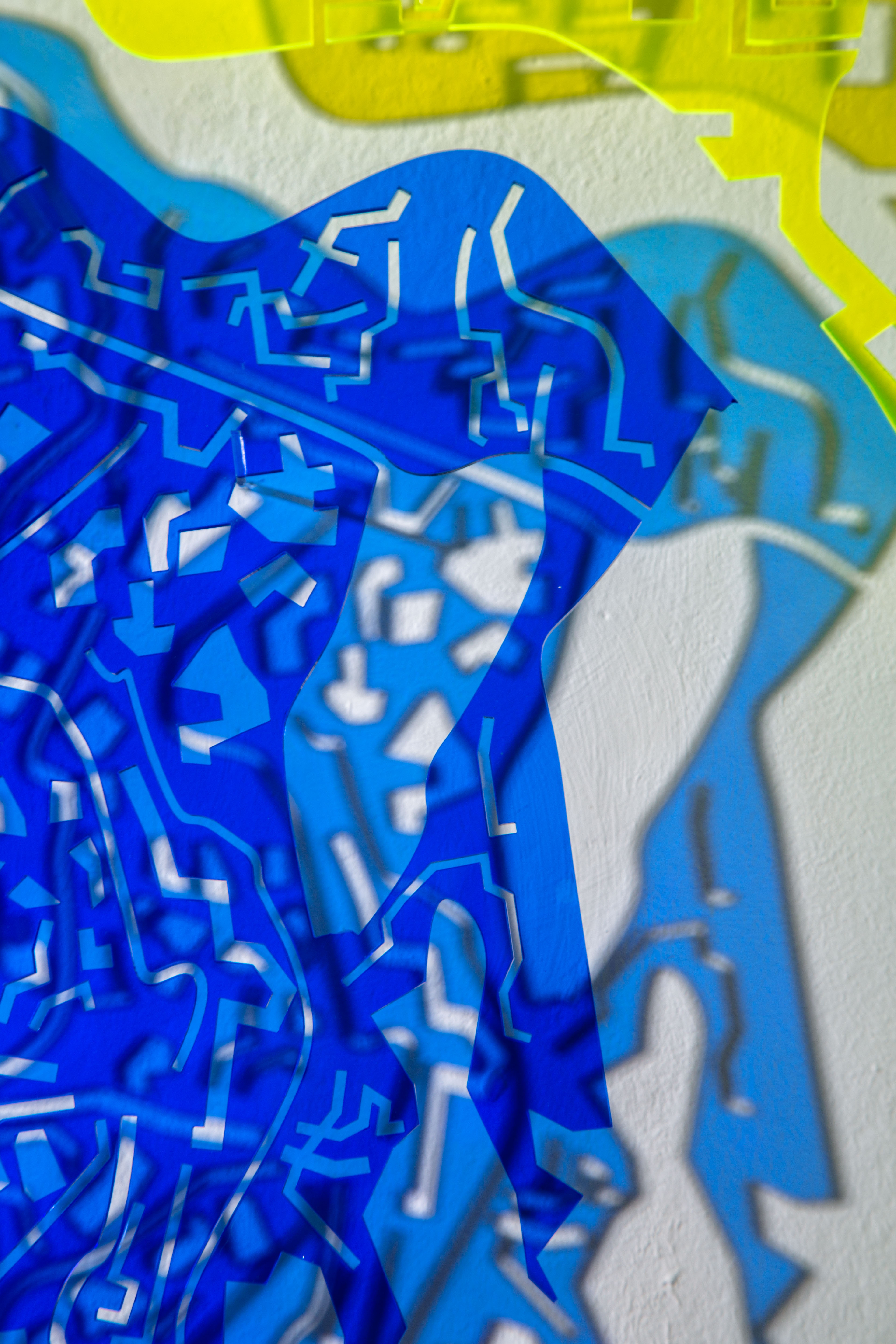 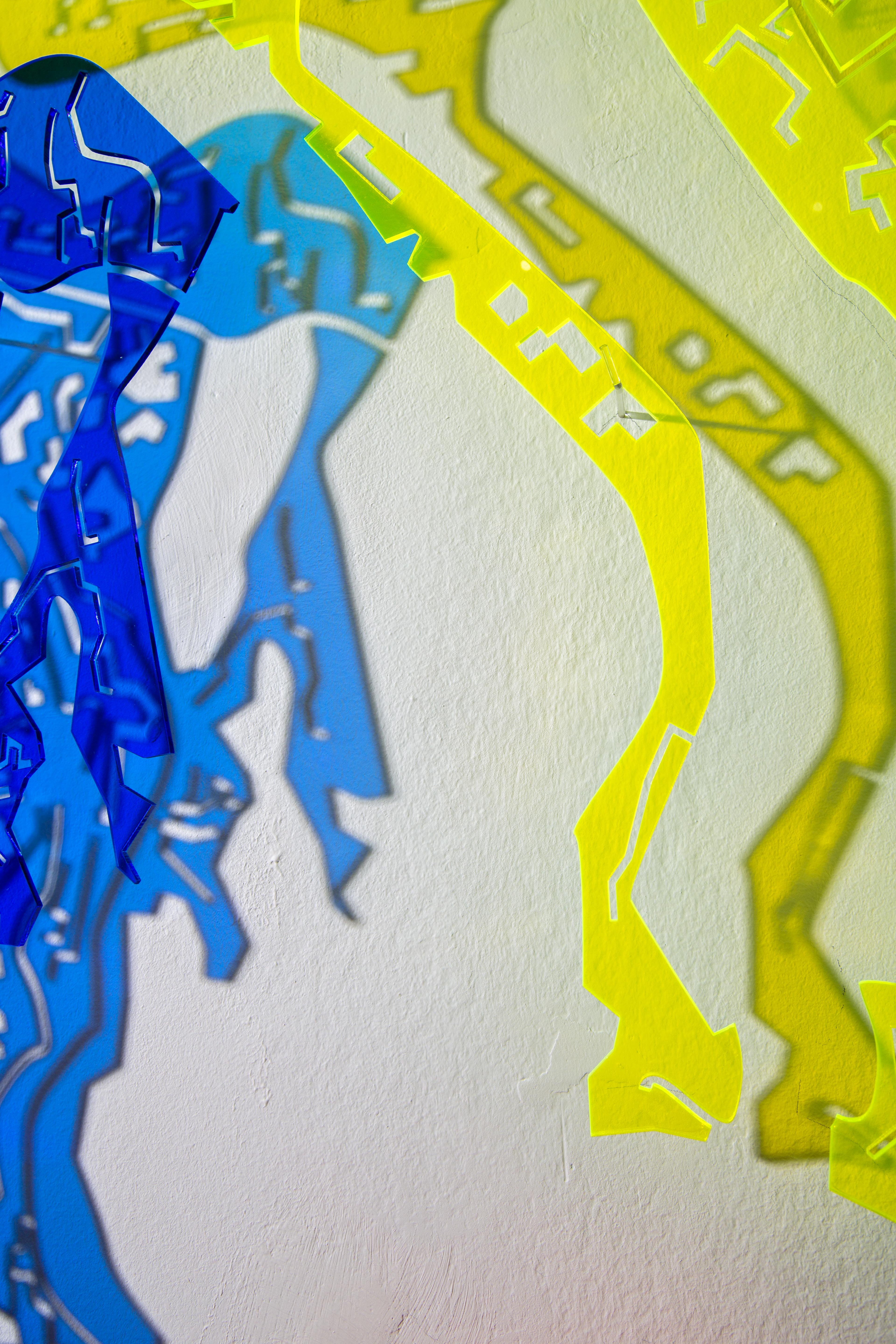 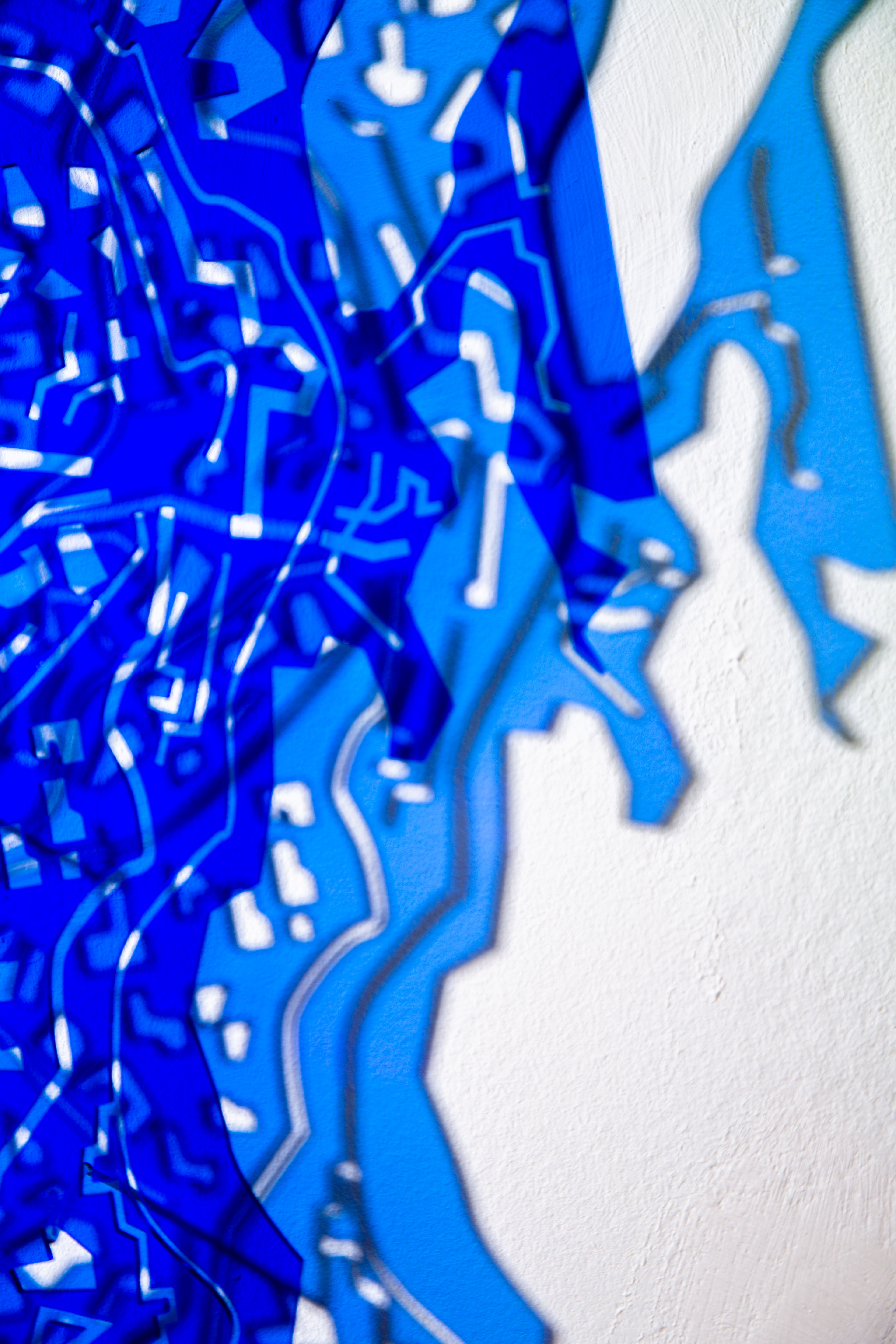 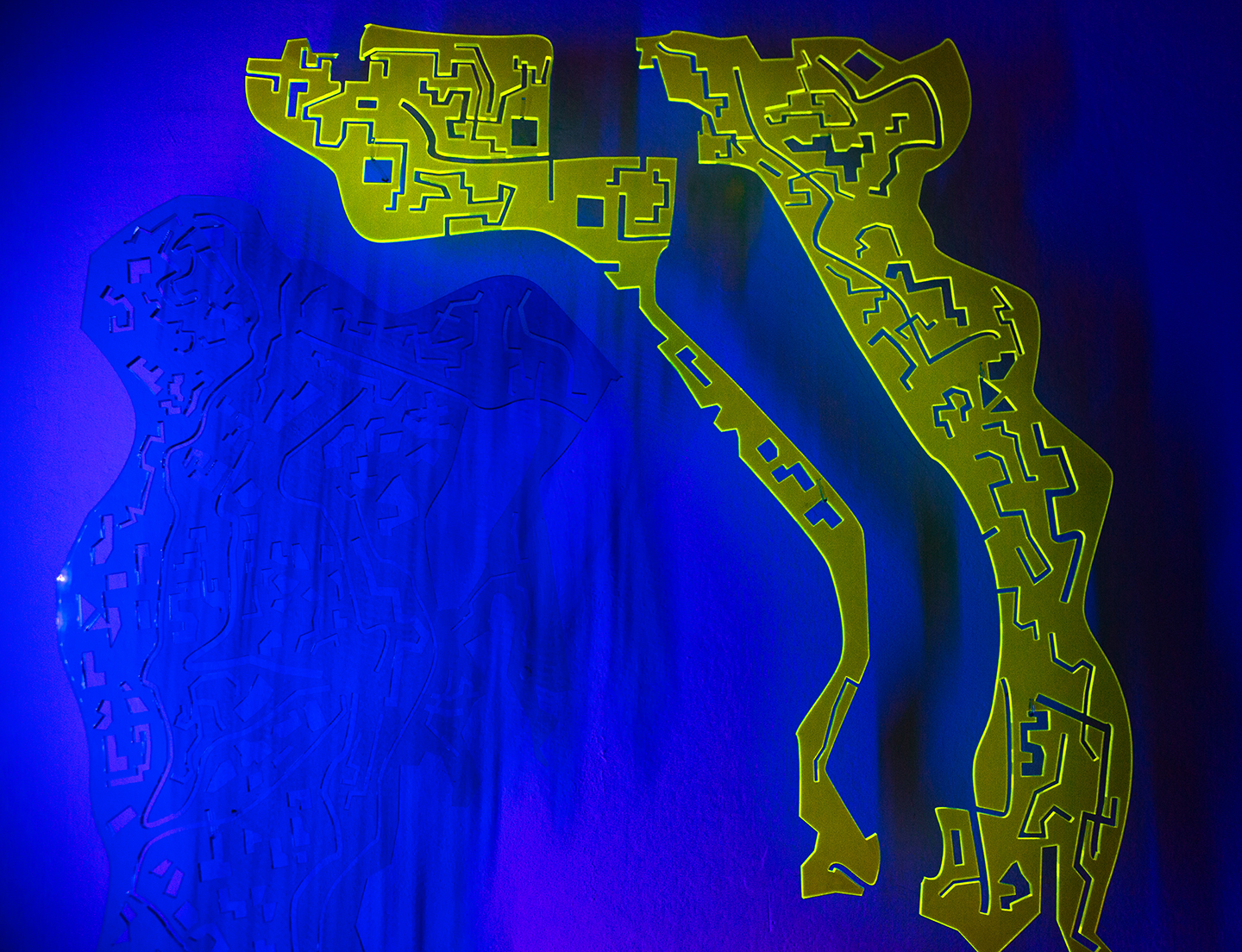 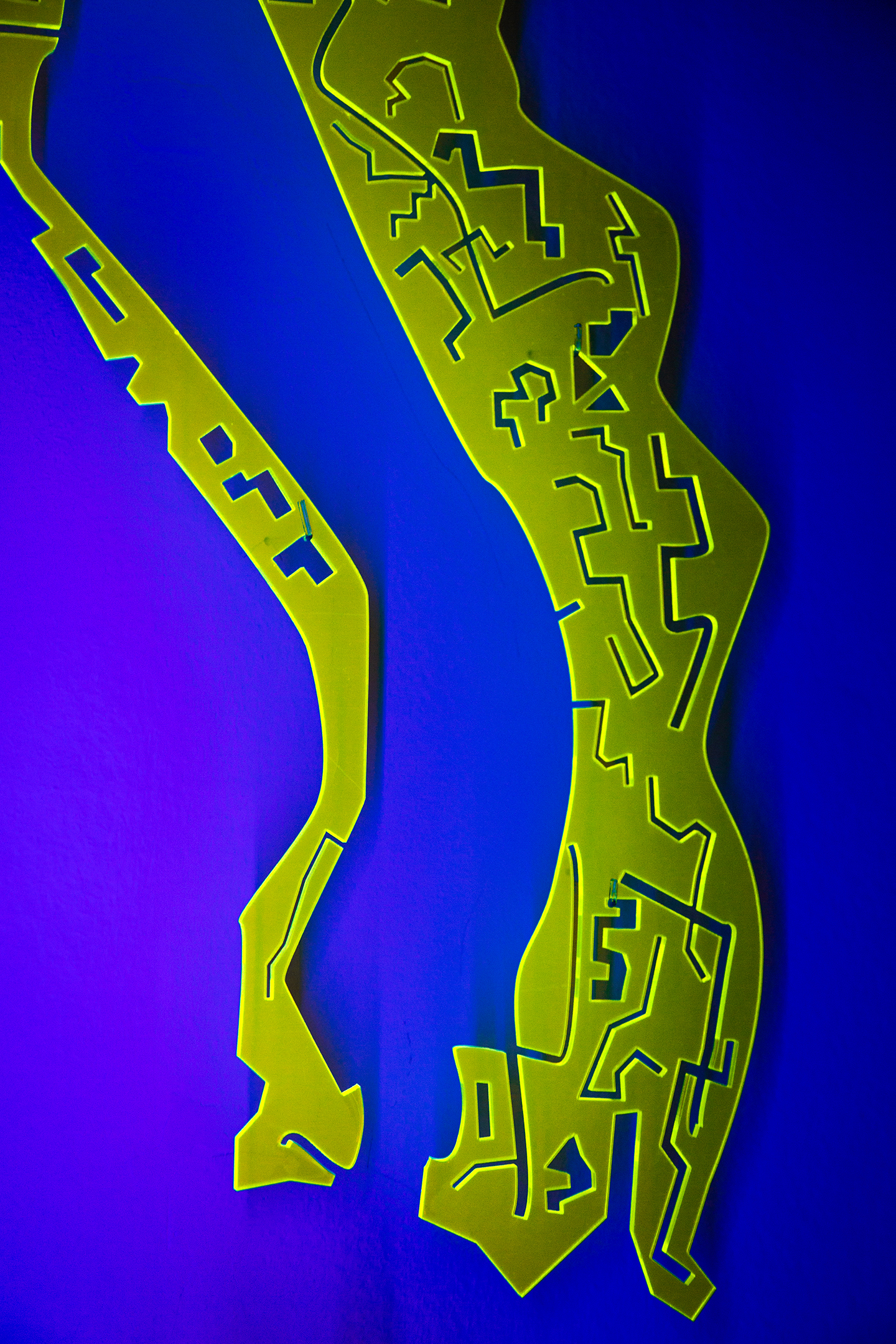 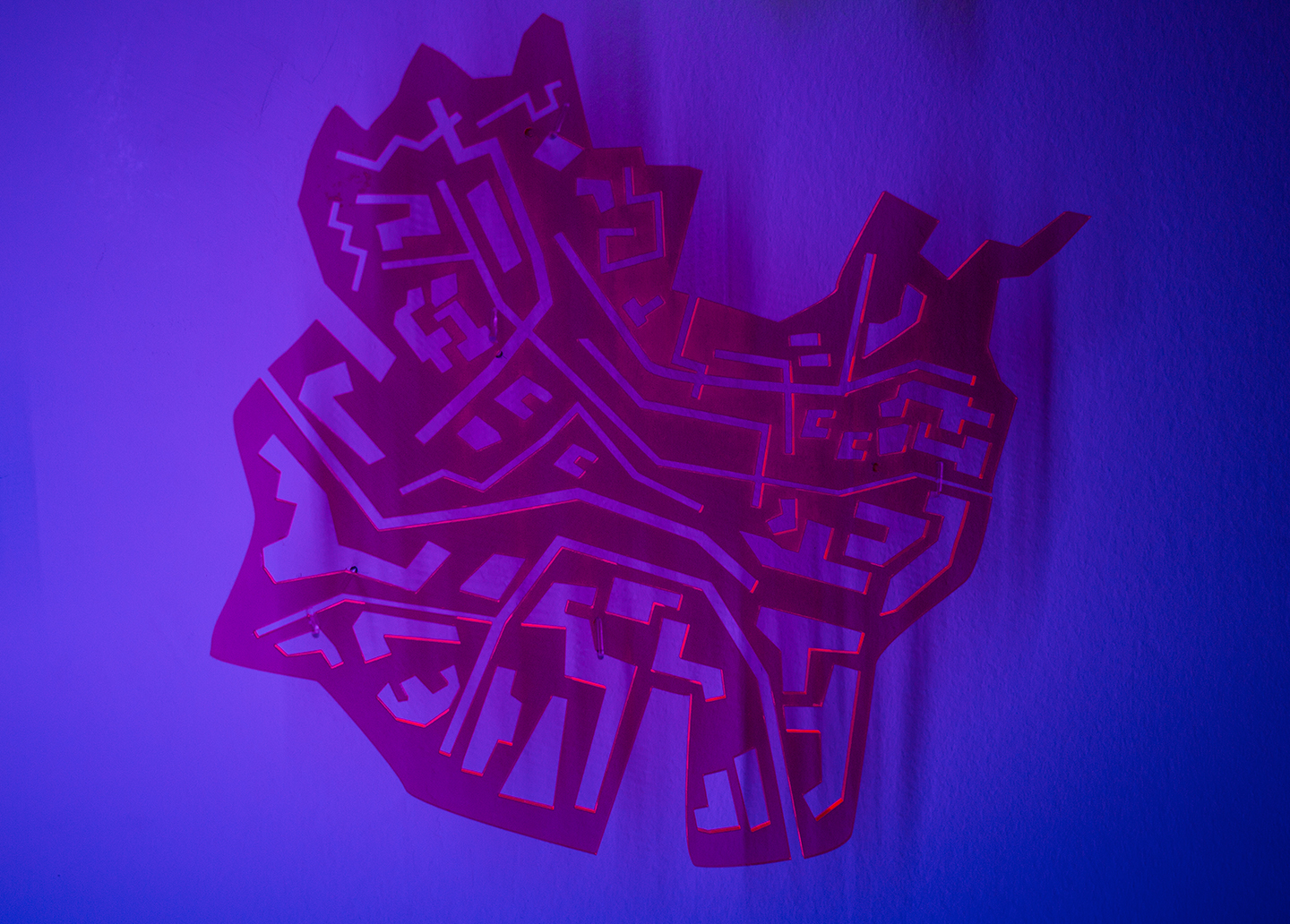 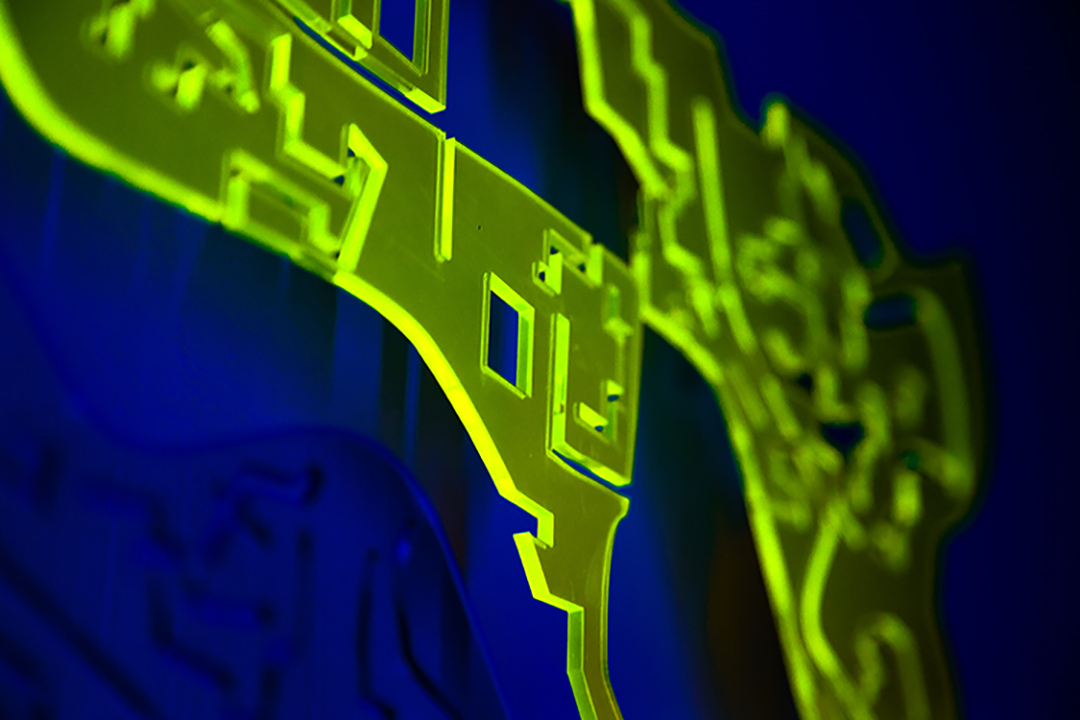 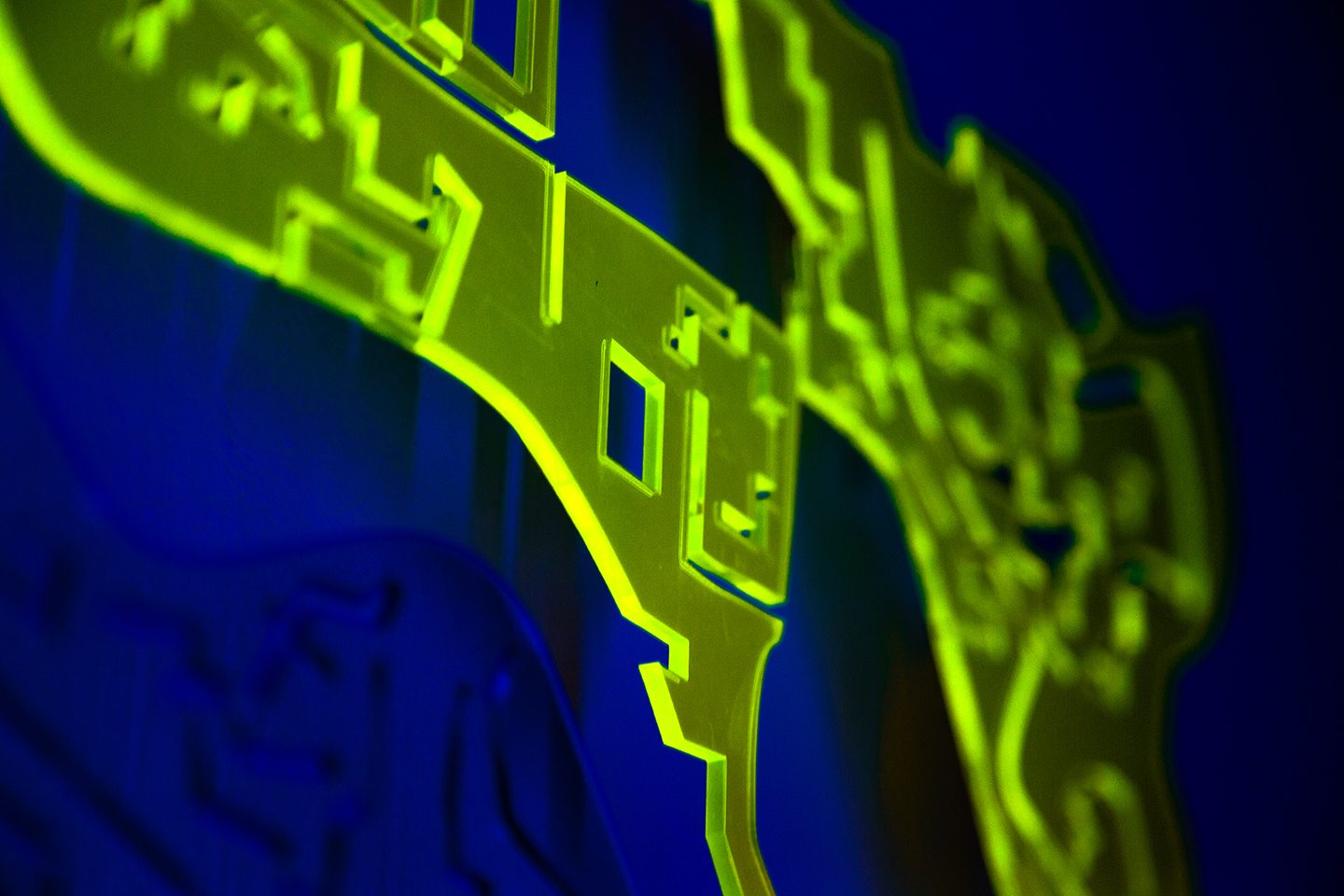 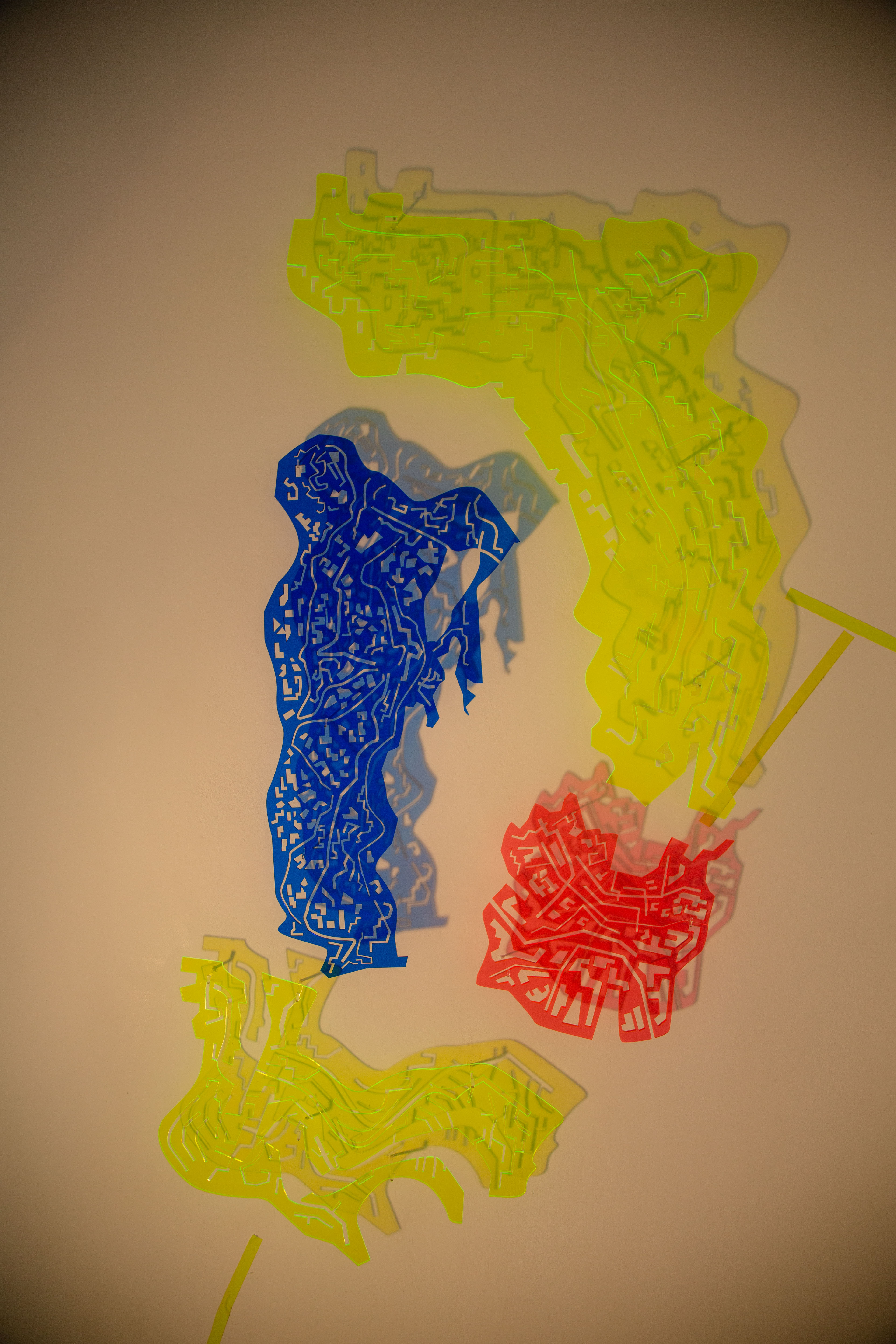 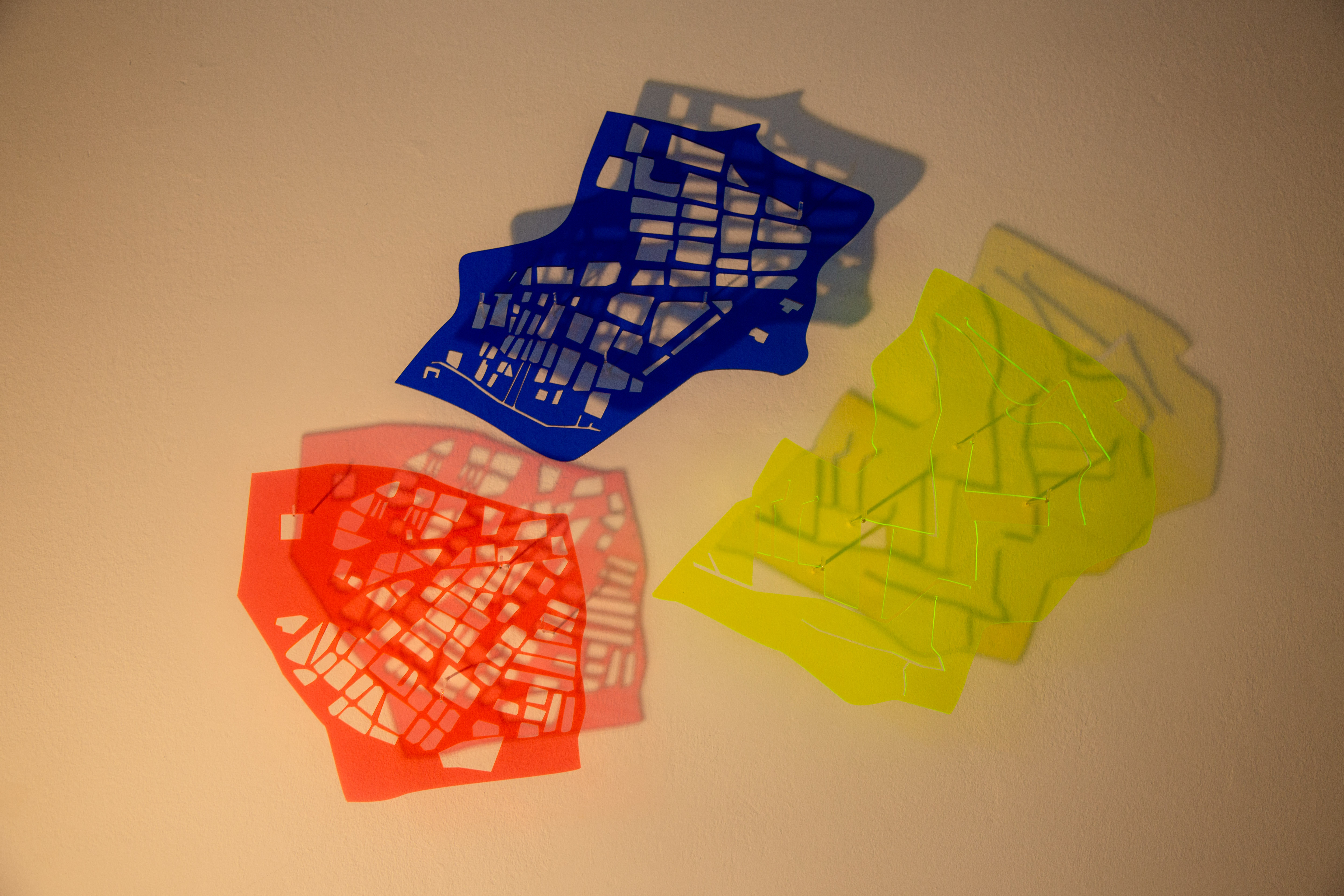 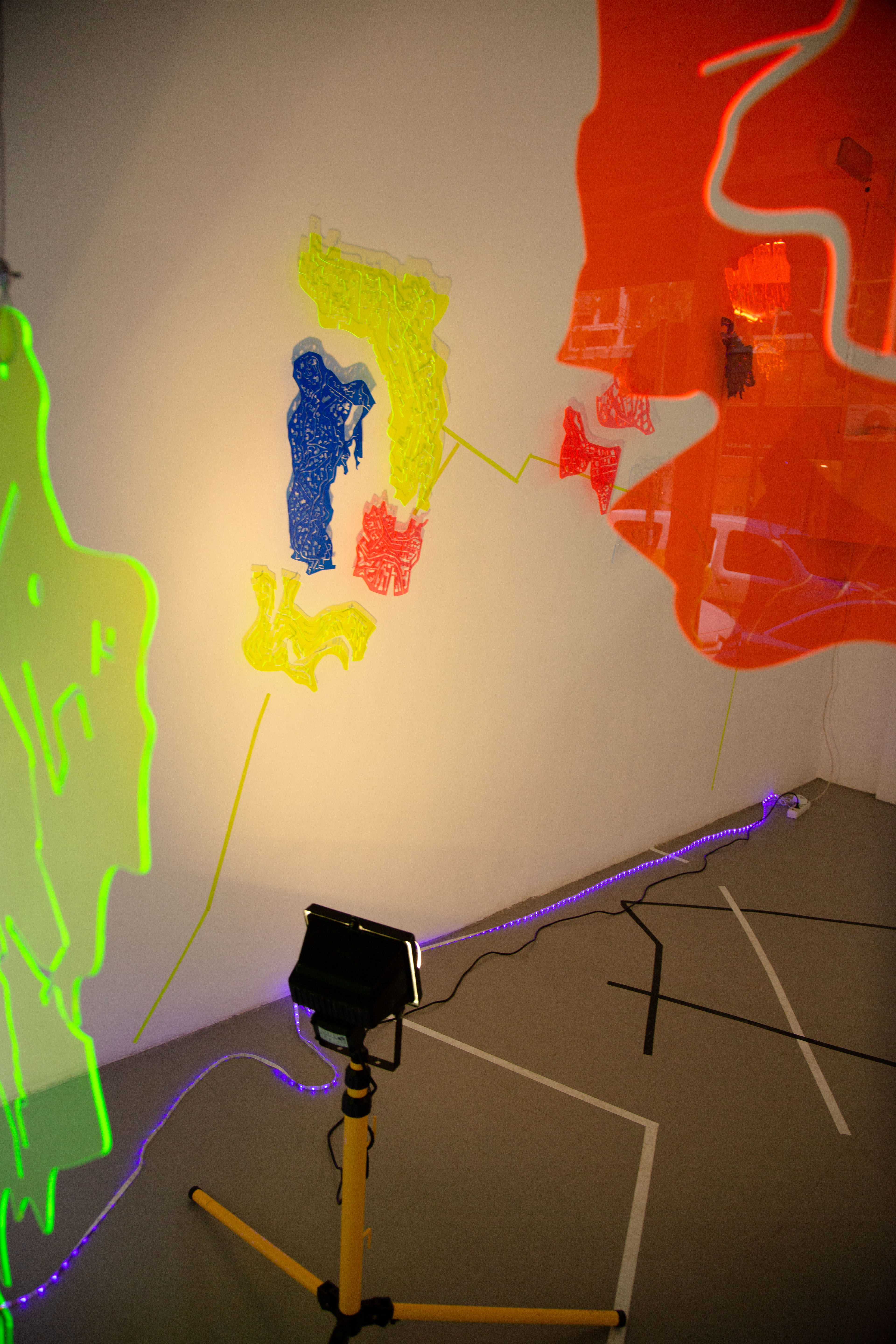 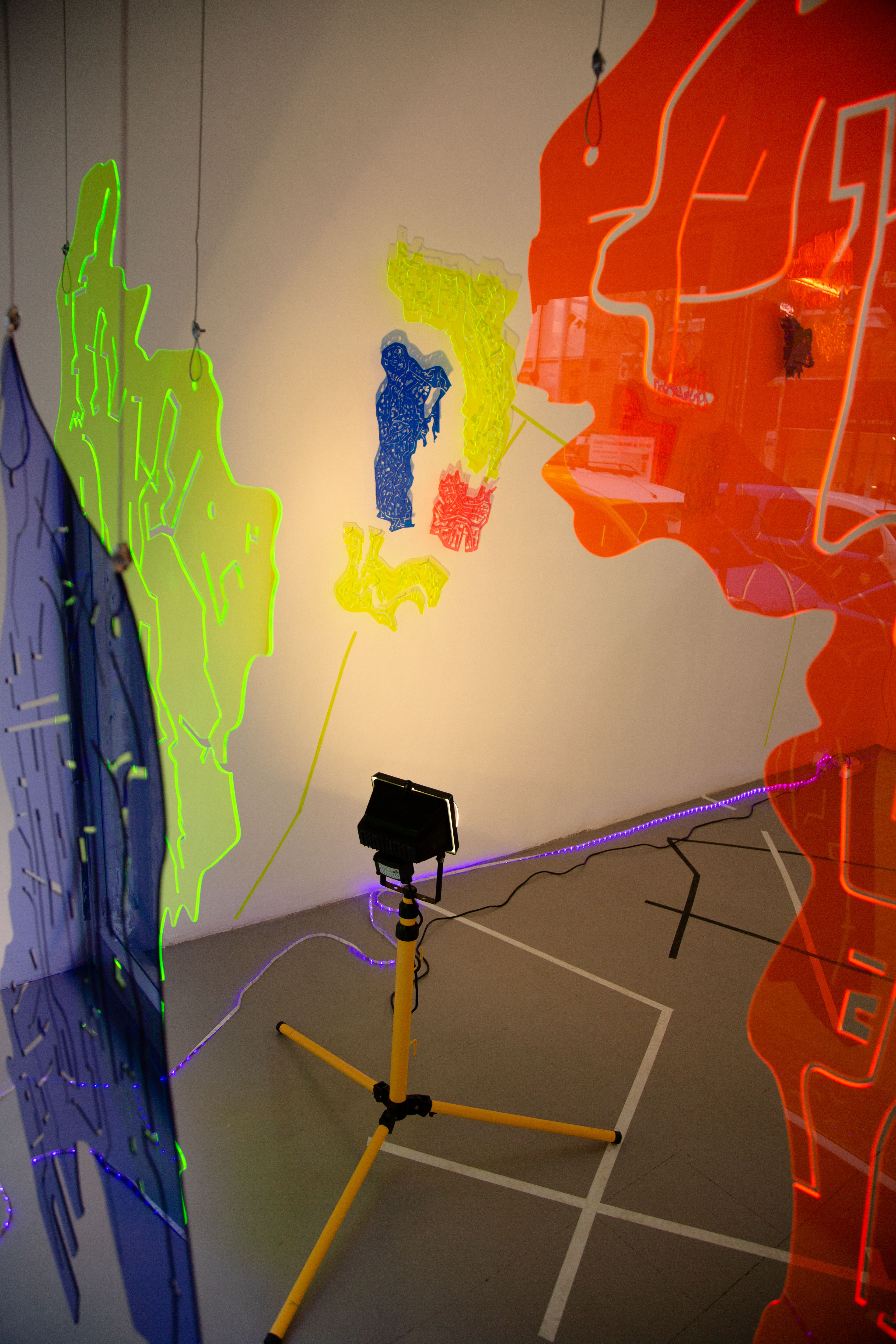 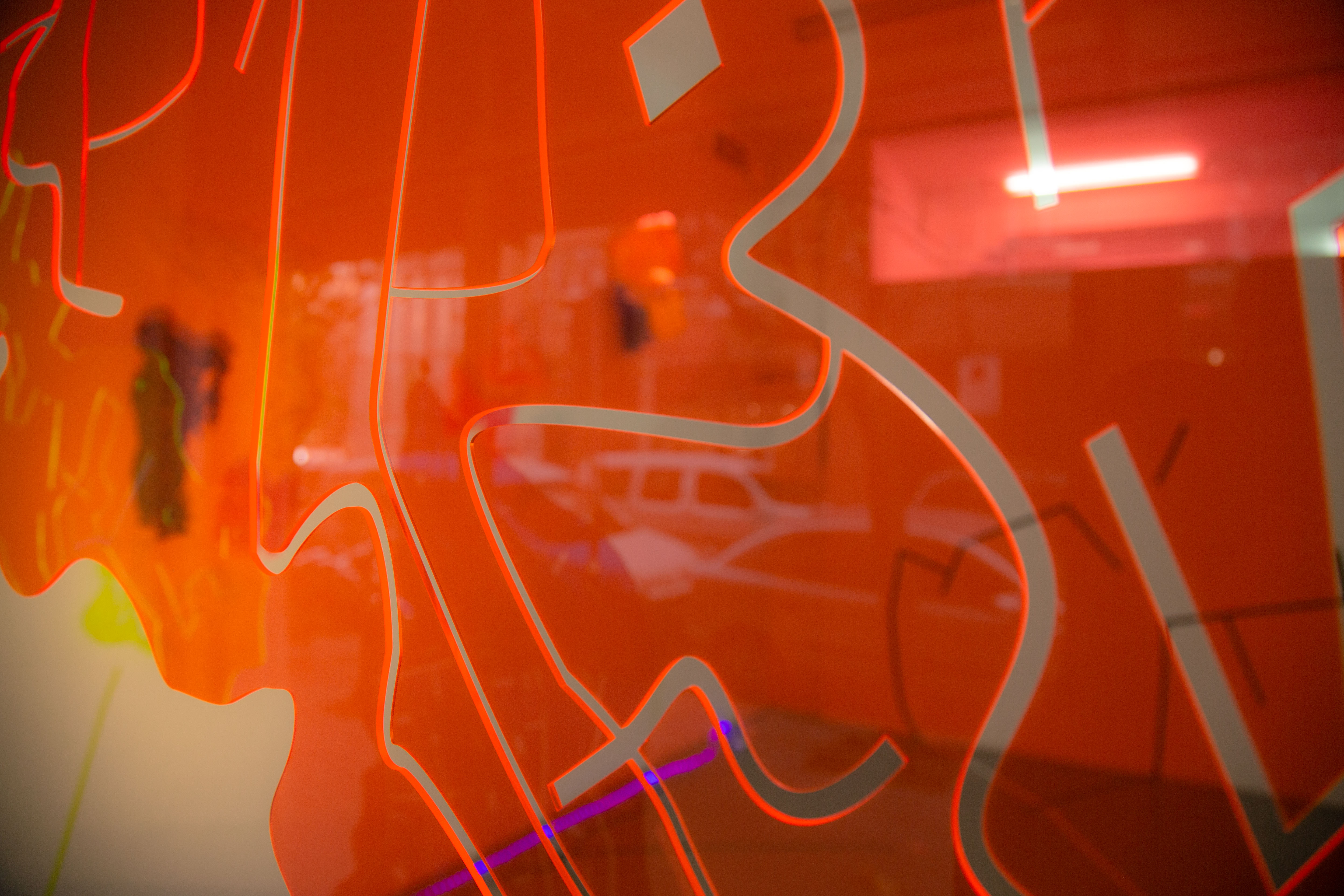 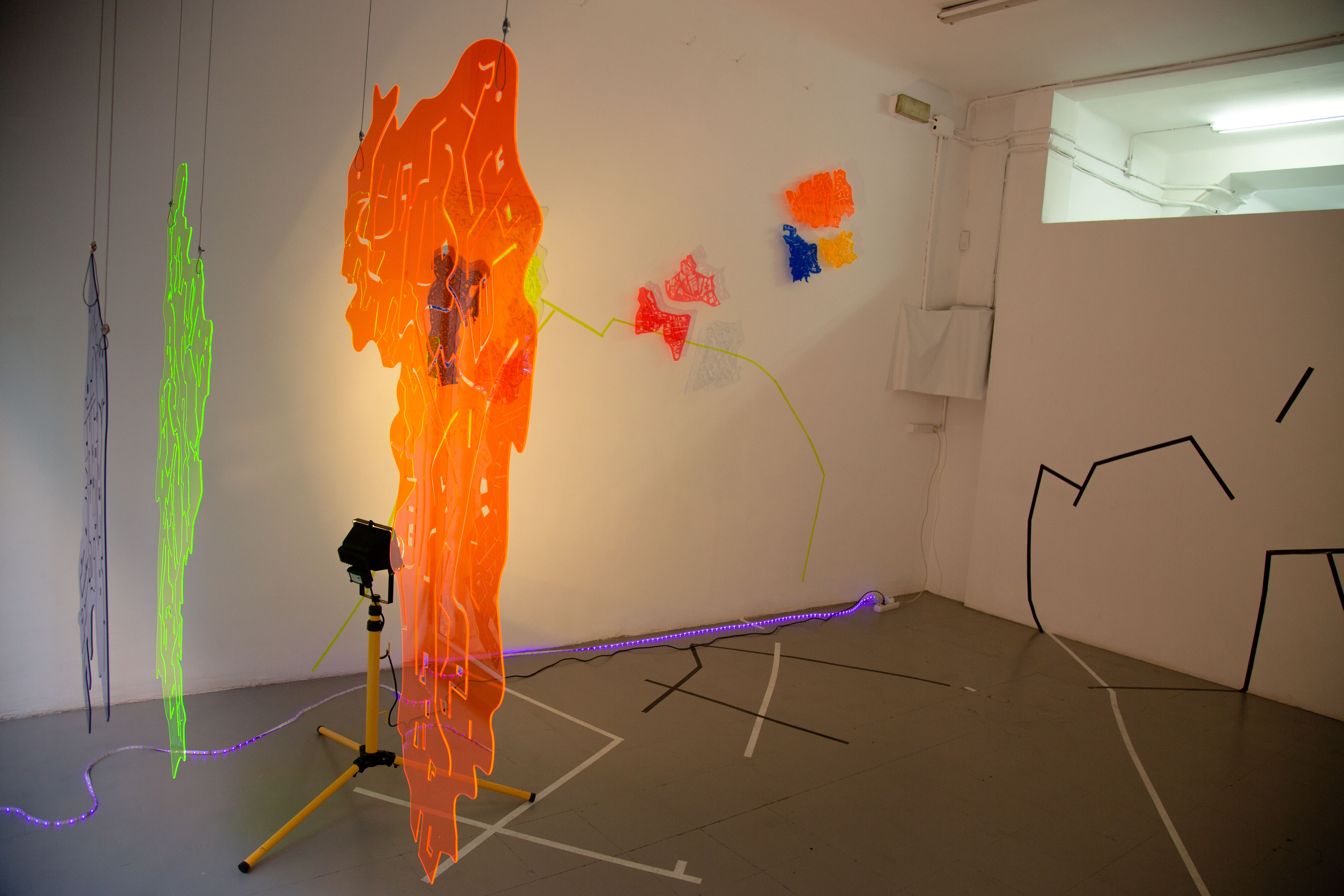 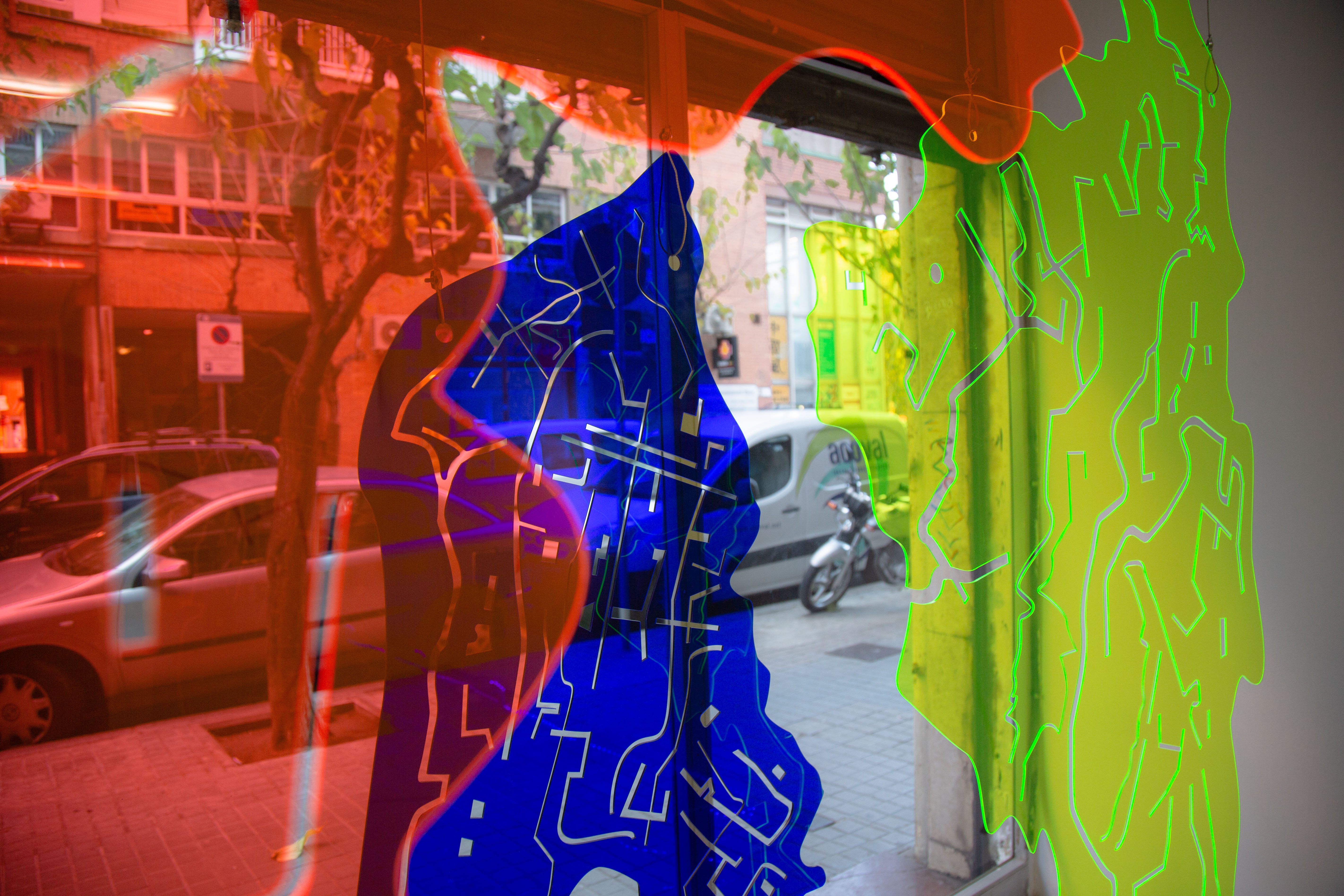 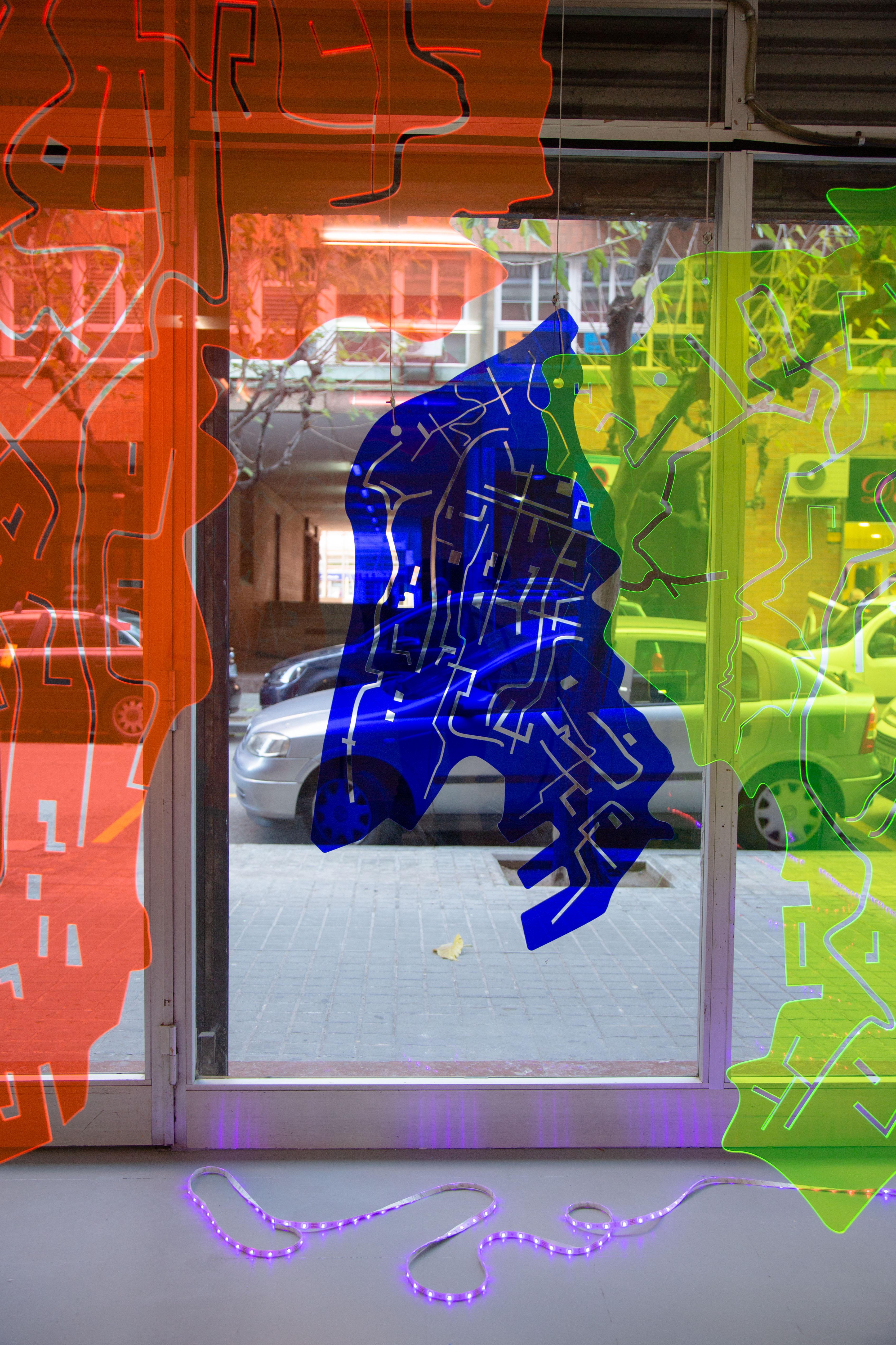 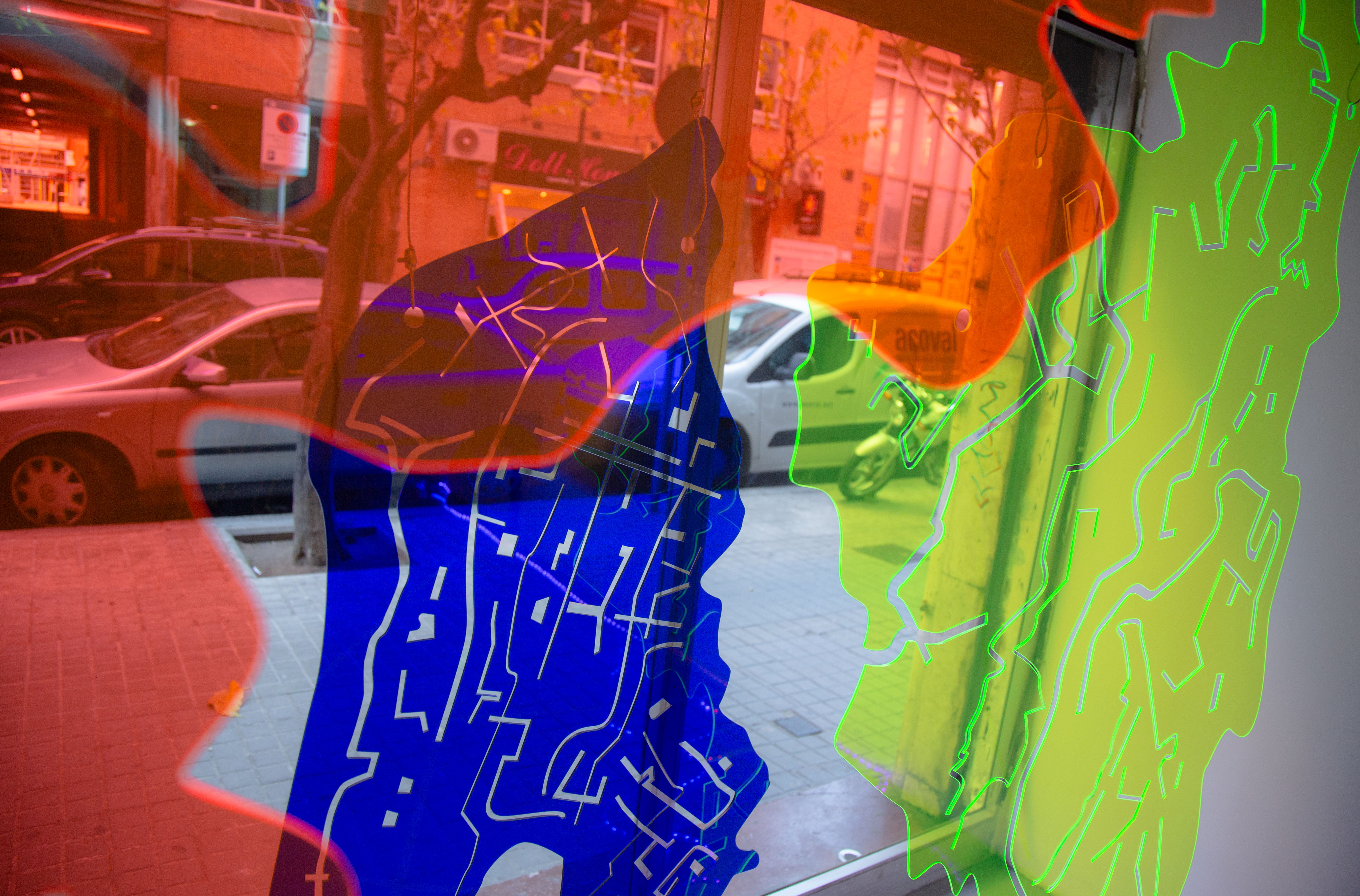 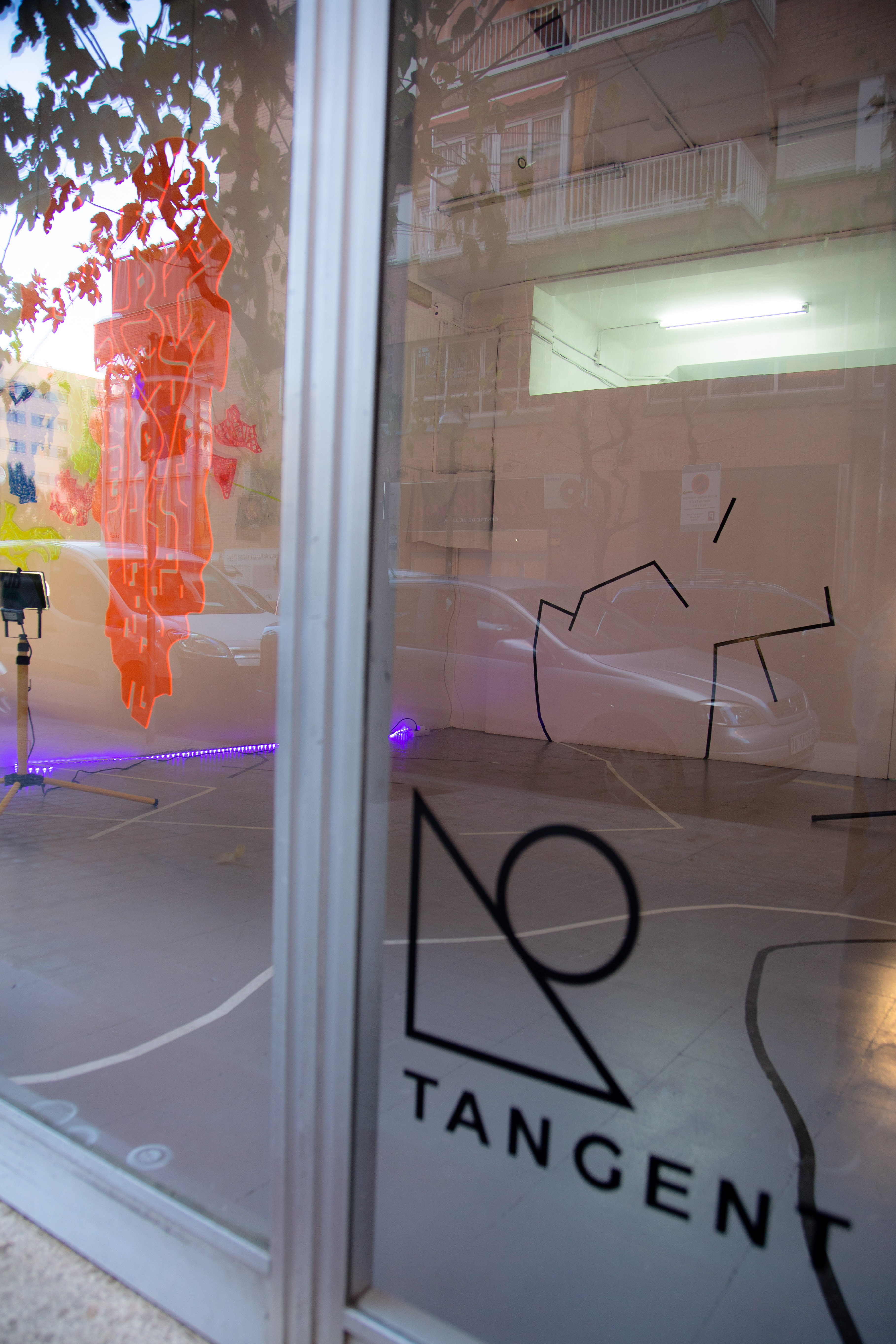 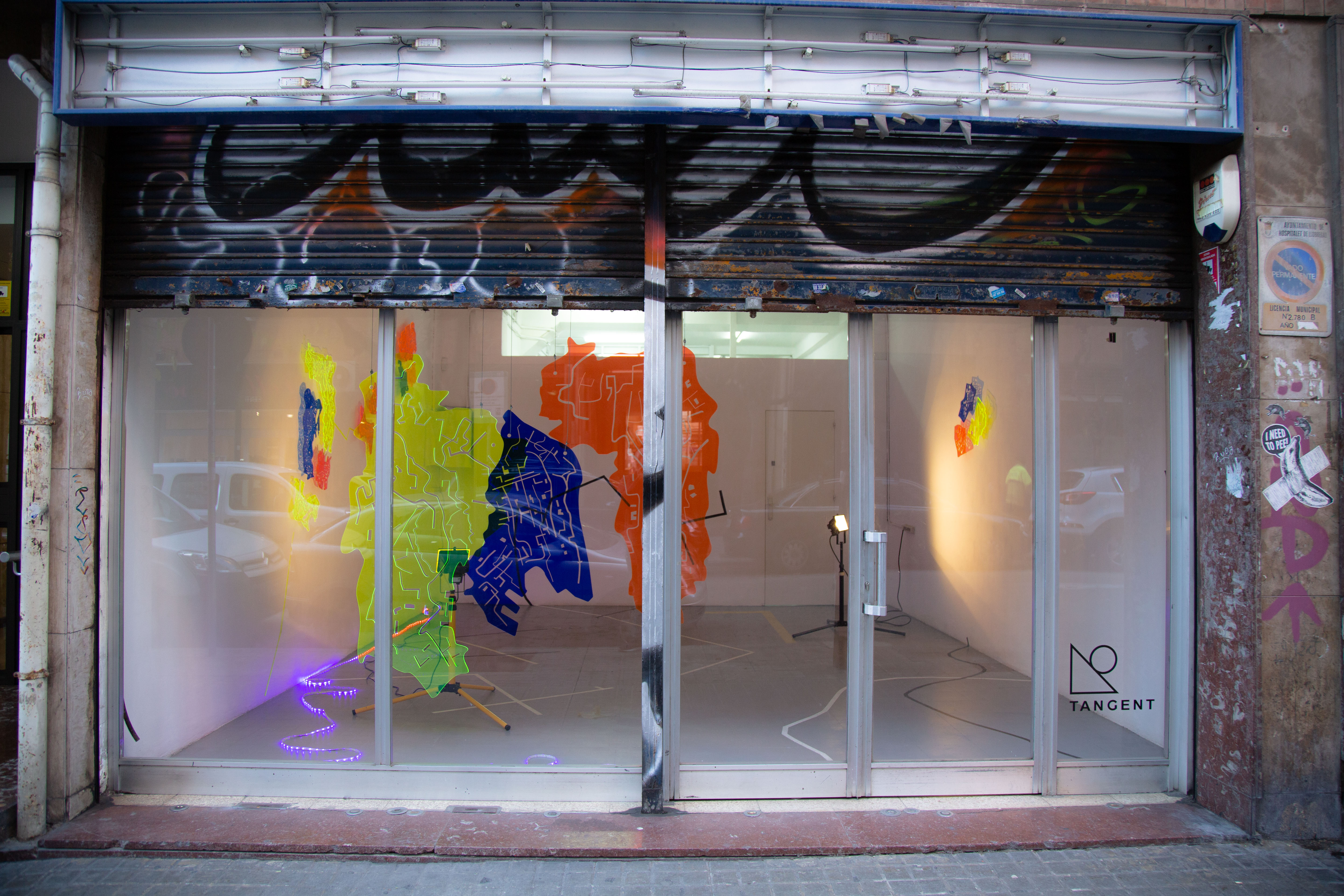 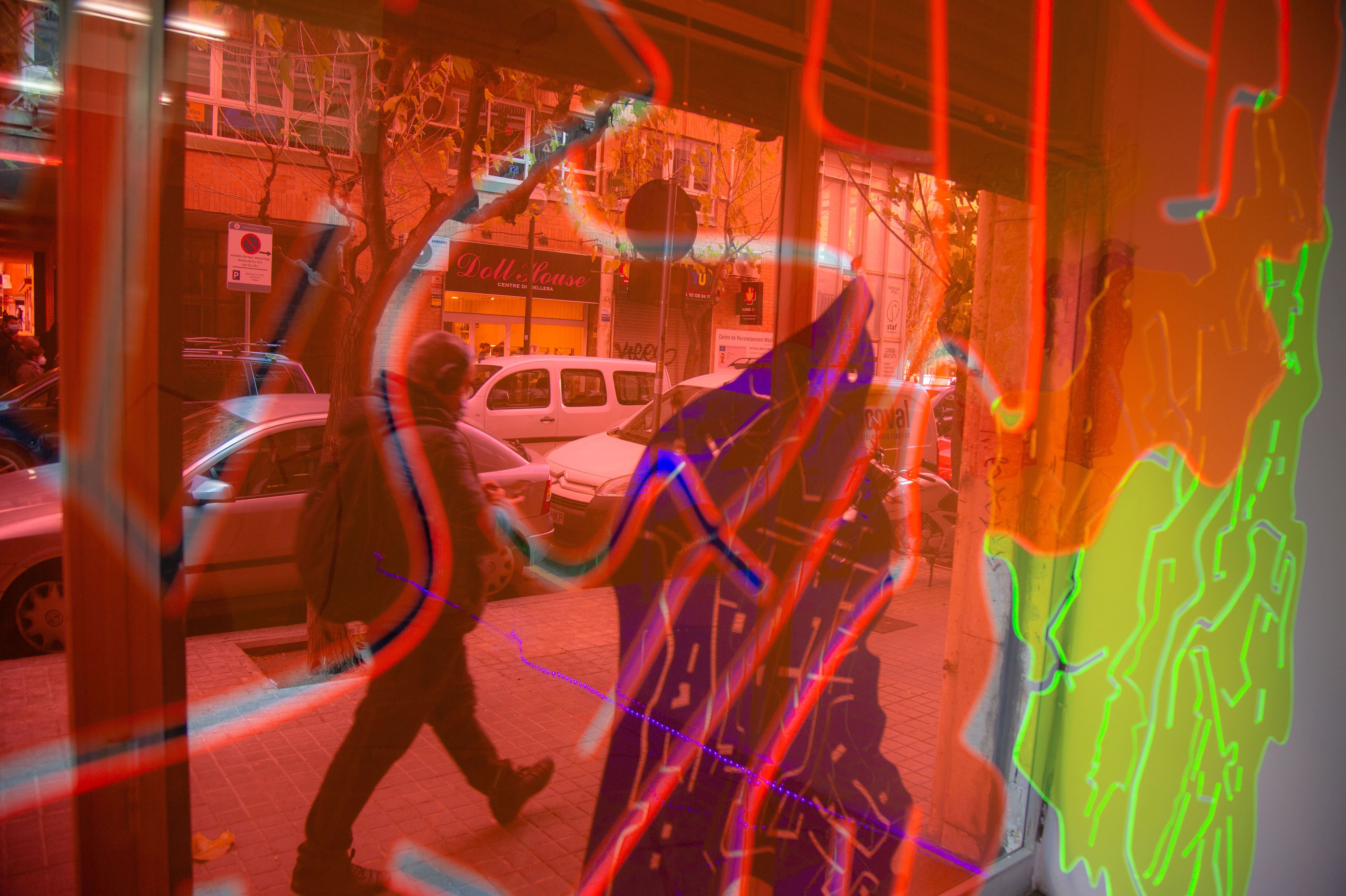 Top down – bottom up is part of an ongoing process of experimental research, in which new possibilities of rethinking the territory are explored through cartography and public space. Motivated by transforming and reformulating the reality of the territory through the imaginary.

As Foucault declared, the territory – beyond being an object – is an action over which control is exercised. It was, and is, constructed from exercises of power by way of the physical, the symbolic and the intangible, practices constantly used in processes of conquest and colonialization. They have imposed on us a unique way of world representation, of travelling it and understanding it. Cities have developed by controlled paths based on political and patriarchal interests.

Within this context where capitalism reigns – only interested in the present, the immediate, mass consumerist and market circulation – much in the same way that globalising strategies use territory as a mechanism of domination and speculation. Consequently proliferating a series of disjointed, decontextualized, disconnected or forgotten places in the urban landscape, thusly causing industrial, social, and cultural precariousness and creating a system that exercises supremacy and prevents any transformation of hope for change outside of that order.

Increasingly alienated and immersed in the impulsive world of digitisation, social networks and mobility applications, (Google Maps, Waze, Bing etc), a condition has been triggered in us, in which the control systems have caused an inability to imagine, to construct subjectivities, and for us to lose our individual autonomy. Therefore, making critical thinking impossible, in front of a paranoid co-dependent state, characterized by anxiety and collective alienation; compliant to a “ society of the virtual spectacle» and the «mainstream».

In this context of accelerated changes, this state between fiction and the reality of the environment we find ourselves in, there is a heightened need to draw other narratives that can stimulate our imagination.

Natalia has created an atlas of possible world maps. Her intention is to generate a dissolution of territories and borders in order to replace them with imaginary divisions and dilated spaces – where the recognizable and utilitarian representation of the map disappears. Moreover, composing dystopian cartography, which leaves a mark, appropriates space and speculates between the imaginary – reality. she proposes a series of fragmented, fragile and sensitive territories, where the imaginary manifests itself as a position in which the state of instability, uncertainty and disorientation that we constantly fear can be extremely fruitful. Approaching us to a construction of micro-utopias that disarticulate that apocalyptic or sweetened vision of reality imposed by hegemonic power structures.

Imagination will act as an emancipatory impulse in order to delineate an antagonistic cartography. By suggesting new alternatives to re-conquer, re-invent and appropriate the territory, and subverting the current cartographic use of a biopolitical control mechanism towards a critical device and will claim action.

Top down – bottom up, is collection of material from over the last four years, linking different stages of experimentation that are connected and interwoven in an explorative process, from a subjective, intuitive, sensitive and feminine point of view. The material has been compiled into a site-specific installation at Tangent Projects gallery.